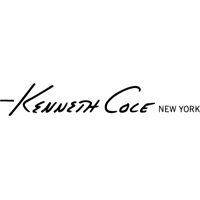 As reported by The ROI Report and ChainStoreAge.com, Jill Granoff, Kenneth Cole’s CEO of three years, announced her resignation yesterday from the company, effective immediately.

I don’t know exactly why she left, or why the hoopla wasn’t as big as it could have been (as the report stated, it was “mutual”), but I’m wondering if this had anything to do with the controversial tweet that they made regarding the unrest in Egypt.

Don’t get me wrong, I love Kenneth Cole and its products, and have been a long-time fan for years.  That tweet about Egypt, however, was tasteless, insensitive, cruel, and totally disregards the plight of people in that situation.  And I have a big hunch (yes, it’s an assumption) that part of the departure stems from the global impact of that tweet and how that has affected them, whether in sales, revenue, reputation or what not.

Good luck, Ms. Granoff.  I wish you well in you endeavors.